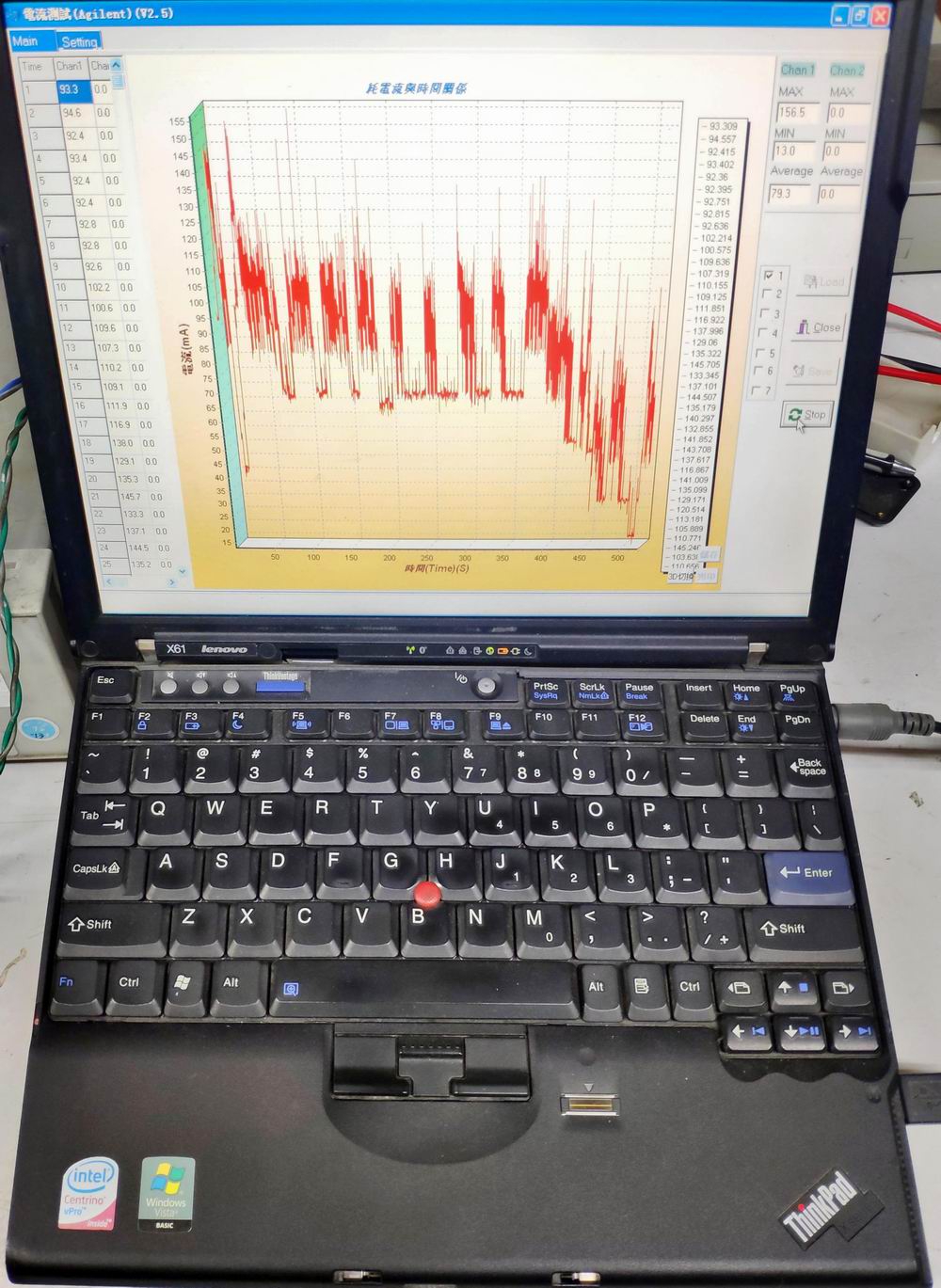 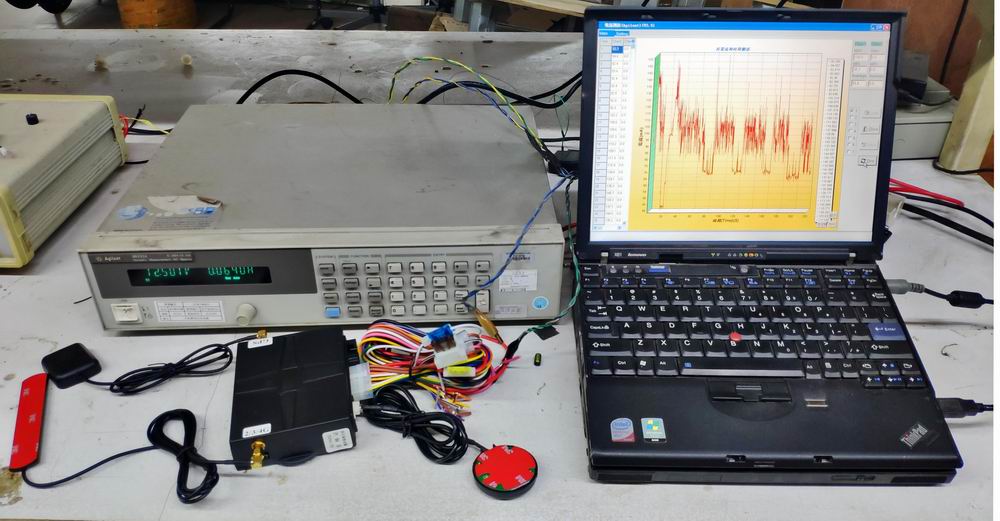 The CC-688 will enter the static standby state after stop moving over 5 minutes. In this state, the GPS module is turned off, the OBD module is turned off, Bluetooth is kept in broadcasting, and the 2/3/4G module enters the power-saving state, but the 2/3/4G module will keep the device online and will send heartbeat data packets every 2 minutes. This static standby state can accept internet and SMS control commands, and the car status also can be monitored. Under this state the T-Box power is supplied by car battery, and this state is the most common working state of T-Box. The consumption of car battery power is basically consumed in this state.

The following is the current change diagram of the T-Box from the driving state to the static state:

The following is the current diagram and average value of the T-Box in the static standby state: 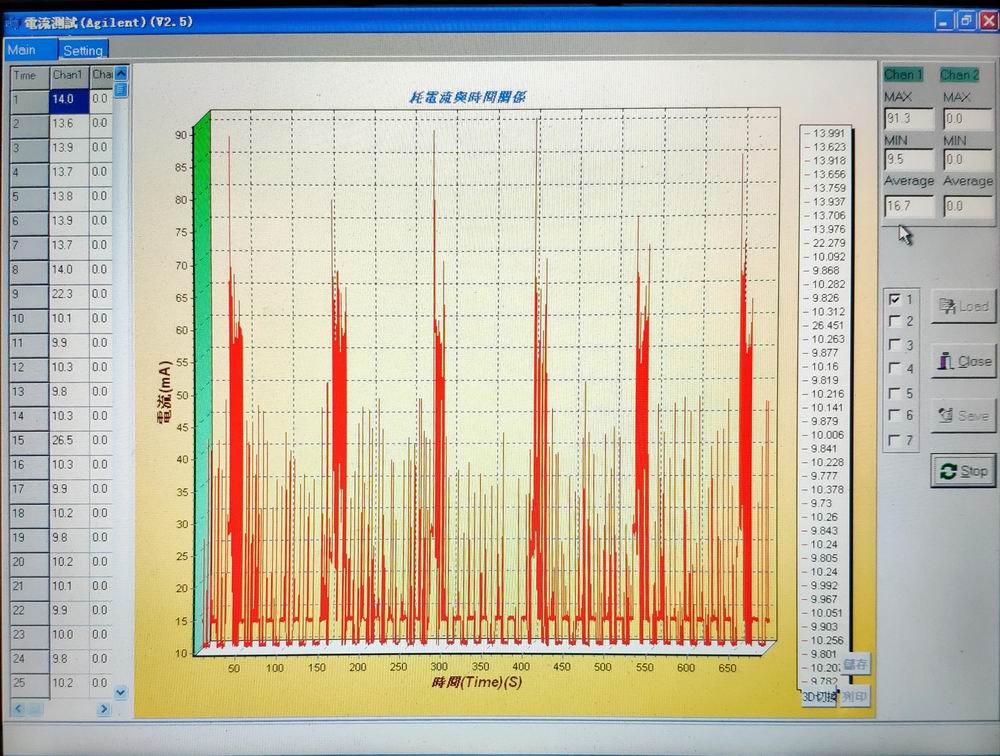 Zoom in the current display section: 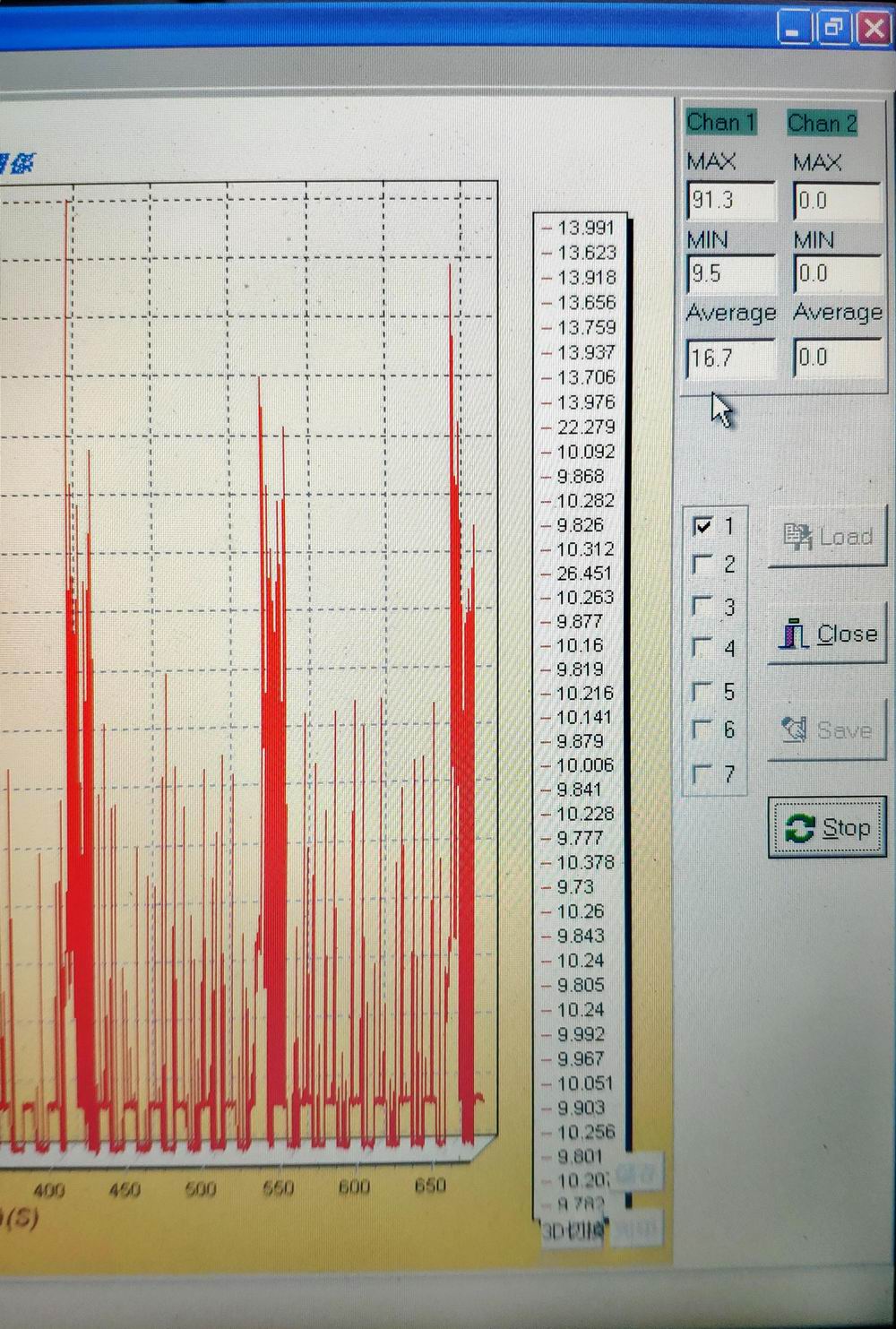 So in the static standby state, the average power consumption current of CC-688 is 16.7mA.

The CC-688 T-Box will immediately switch to driving working state when there is a vibration trigger. In this state, the GPS is turned on, the OBD module is turned on, Bluetooth keeps broadcasting, and the 2/3/4G module enters the normal state to keep the T-Box online, and the T-Box will send located data packages to platform server every 10-30 seconds. This driving working state can accept network and SMS control commands very fast. This state is the working state of the car is driving. At this time, normally the car engine is started, so the car generator will charge the car battery. The power consumption of the T-Box is basically provided by the car generator, it will not use the car battery power, At this time, the working current maybe up to about 100mA.

The following is the current change diagram of the device from the static standby state to the driving working state: 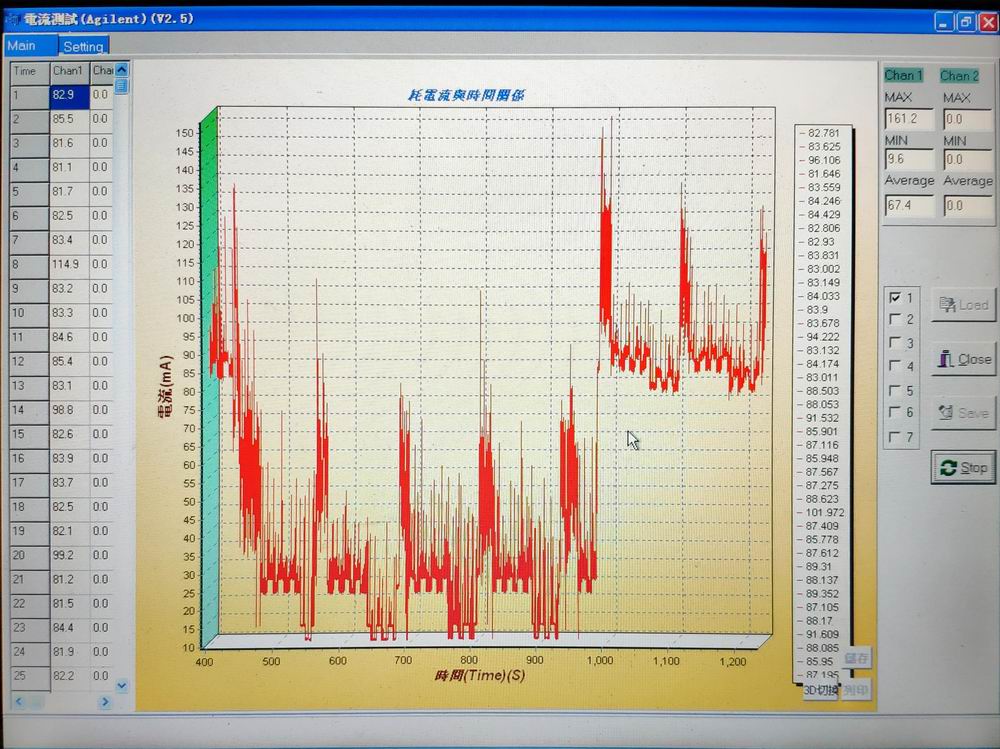 The following is the current diagram and the average value of the T-Box in the driving working state: 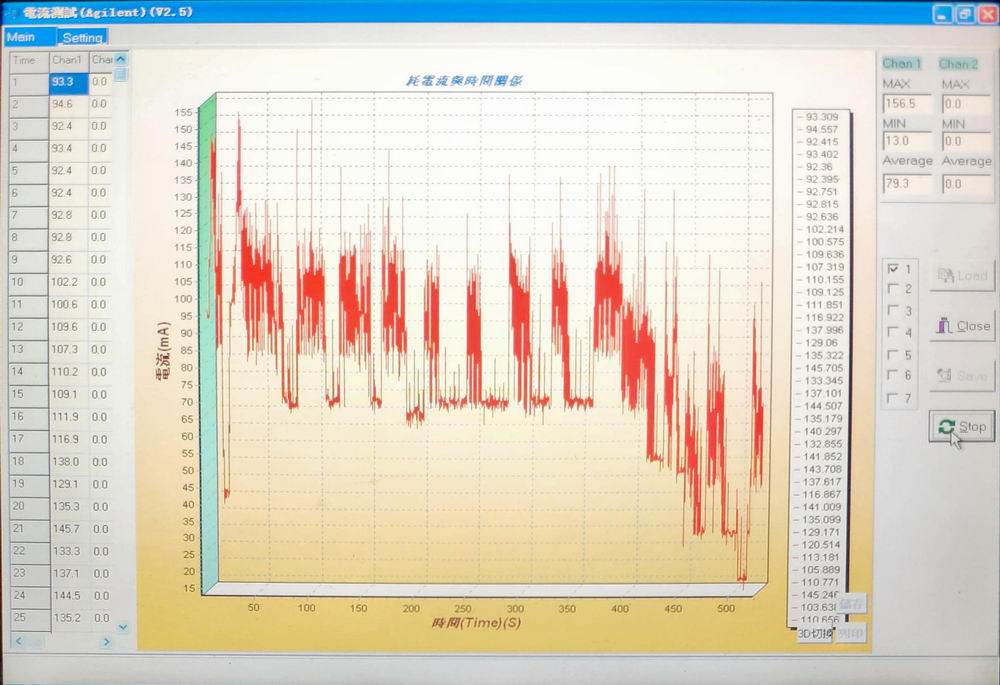 Note: In some places with frequent vibrations, the T-Box may frequently enter driving working states repeatedly, such as roadside, construction site, airport, etc. This will make the T-Box power consumption will be higher. For these special scenarios, software needs to be modified. Change the trigger conditions or change the vibration trigger threshold to avoid high power consumption.

The above 2 states are the most common 2 states. Other short-term working states have a short duration and have little effect on power consumption. Each vehicle ’s power consumption and battery are different, each different application scenarios will cause different power consumption, but they are normally not much different from the above 2 states, this test can be as a reference. For application scenarios that require special power saving, additional software and hardware need to be customized according to requirements to meet special power saving requirements.